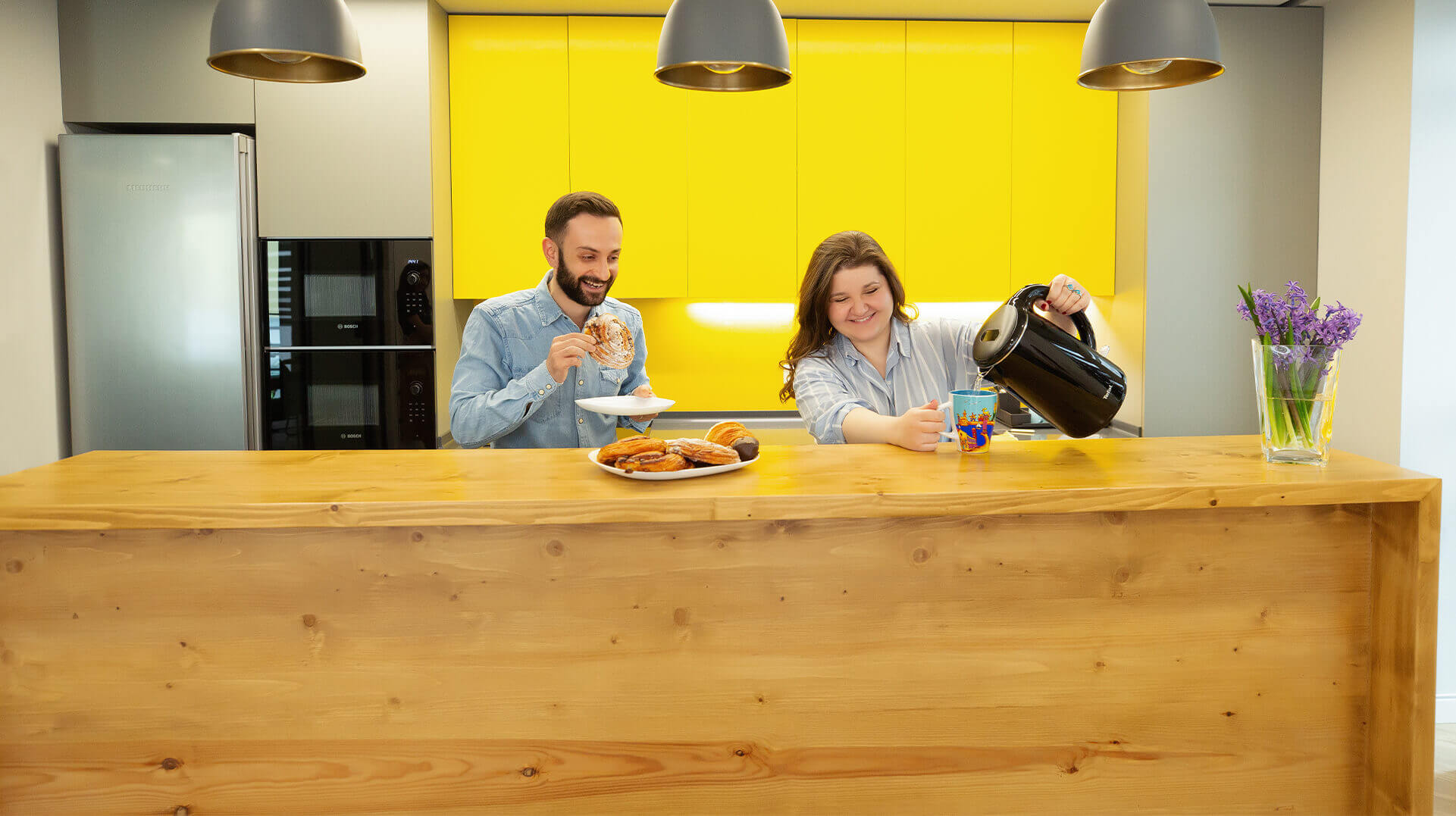 Everything You Need to Know about Python 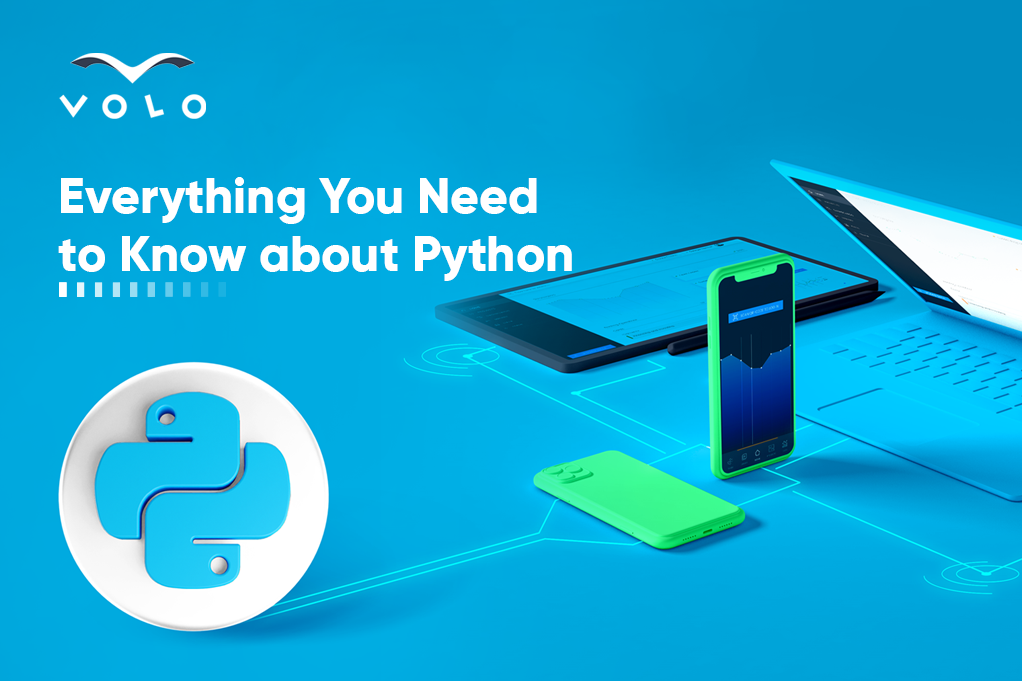 The history of Python traces back to the late 1980s, when Guido van Rossum conceptualized it as a response to the shortcomings of the ABC coding language. The idea was to create a language that would integrate all of the good aspects of ABC with new attractive features.

Thirty years later, Python is one of the most widely used languages in the world. Software developers love it, because it’s a high-level, general-purpose dynamic language that is known for its readability. Among its slew of advantages is the fact that it operates under an open source license, which makes it free to use and distribute. Thus, its extensive user base makes for a rich internet support system, further encouraging and propelling the adoption of the language.

The beauty of Python lies in its simplicity, and the language even comes with its own philosophy, known as “The Zen of Python,” which, in a nutshell, preaches that there should be one “best” and obvious way to do something.

Here are some facts that further illustrate this phenomenon.

- Stack Overflow’s 2022 Developer Survey found that Python is among the top 5 most popular programming languages and the 2nd most “wanted” language among developers.

- Python is one of the official server-side languages used at Google, alongside C++, Java, and Go.

- Based on a recent survey by Statista, Python was the most demanded language by recruiters in 2022.

Python owes its raging popularity to two of its main attributes – simplicity and flexibility. It’s thrilling in the way that it allows programmers to write real code on their first day of learning. As a matter of fact, the main motivation behind creating Python was to overcome readability problems that are so common in other programming languages. Even the least disciplined developers can produce readable and maintainable code in Python well into the development process – something they wouldn’t be able to do with other languages.

Another substantial factor that drives Python’s unparalleled growth is its versatility. It can be used for many different purposes – web development, mobile development, deployment automation, and data science. In fact, the sharp increase in data science demand has further fueled the surging popularity of the language.

As a rule, startups require a special approach to development, mainly because they tend to have strictly limited budgets. Time is also an issue, since it is directly correlated with money. Then there is also the question of flexibility and scaling, because the products undergo continuous market testing.  This is why startups are especially sensitive when it comes to choosing a programming language. If not selected properly, the wrong language can put you at a bigger risk for overestimation, over budgeting, and rigidity.

1. Python is perfect for MVPs and prototypes

Startups need investment. To get that investment, they need a functioning prototype or MVP to pitch to investors. Python helps startups achieve that goal, because it is designed for rapid application development and is applicable in a wide range of areas – graphic design, gaming, and machine learning, to name a few. Thanks to its code-efficiency and the likelihood of code reuse, Python is ideal for quick and functioning prototypes.

2. Python is time-tested, yet current

Python was conceptualized in the late 1980s, yet it remains one of the most innovative programming languages out there. As an open-sourced language, it is constantly replenished with new solutions and libraries, which allows companies to make continuous improvements and push their products to new heights.

3. Python is scalable and robust

Nowadays, many startups are web-based, which likely means that they are driven by big data. Python is designed for precisely this type of complexity and processing capabilities, making it ideal for social-network- or media-streaming-type startups.

Once the startup idea does get traction, it’s important for it to have the capacity to grow and scale. With its clean object-oriented design, Python has advanced process control capabilities, which makes it a viable option for building applications that scale.

Machine learning (ML) is a subset of Artificial intelligence (AI). In simple terms, it provides systems with the ability to learn and improve based on precedent, on their own, without explicitly being programmed. In other words, machine learning is the use of data in teaching a machine how to make accurate predictions and decisions.

According to a recent report, the market size of machine learning is expected to grow from $21.17 billion in 2022 to $209.91 billion by 2029 – that’s a compound annual growth rate of 38.8%. It is no wonder then that companies from all sorts of industries are trying to get their share of this big pie. But in order for that to happen, they need simple and accessible tools that will help them tackle ML.

This is why, more often than not, Python is the coding language of choice when it comes to machine learning, even though there is no specific programming language dedicated to ML and AI alone. Python’s extensive library ecosystem makes it easier for developers to access, handle, and transform data. Moreover, as one of the simplest and most consistent languages, Python facilitates the complicated process of dealing with data and algorithms. Instead of focusing on the technicality of the language, developers can rather focus on solving actual ML problems.

For your business’ digital solutions to be a success, you need to release them into the market ahead of your competitors. This is a no-brainer for our fast-paced era where technology is evolving at an exponential rate. However, coming out into the open early on but with a poor-quality product is definitely not going to put you in the limelight.

Your customers expect to get a high-quality, easy-to-use product that provides seamless user experience. That’s why being an early bird in the market is not enough. Bringing value to the table is of greater importance. Don’t get caught in the rat race, instead take your time to carefully measure and evaluate your resources, goals, target audience, and invest just enough time for the proper development and testing of your software.

On that note, let’s give you our two cents on software testing, more specifically automation testing. Software testing might consume a lot of time and delay your launch date. However, if you choose the right tools for its execution, you might as well come out of the whole process on time.

Automated test scripts can be created via different programming languages, such as Python, Ruby, Java, C#, etc., Python being the most efficient and optimal choice among these.

There are several reasons why we believe that Python is a go-to language for automation testing:

- Being a cross-platform language, software built in Python can run on different platforms: Windows, Linux, Mac. Thanks to this, Python allows parallel testing across different browsers and operating systems.

- Another advantage of Python is the fact that it has tools that enable the easy integration with CI/CD tools. CI/CD (continuous integration and continuous delivery) tools are software solutions that leverage automation to make DevOps more efficient as well as to shorten the overall testing process.

- The Zen of Python, mentioned above, is also another factor that makes this language so suitable for automation testing. It contains useful tips and rules which can help testers create more efficient automated test scripts and improve the overall test automation process.

Since Python is easy to learn and has some closeness to the English language, it is highly preferred by testers and developers worldwide.

Taking into account all of the information presented above, it won’t come as a surprise to learn that many of the industry giants love Python. Google, Dropbox, Instagram, Facebook, Reddit, IBM, Quora… The list goes on and on, and for good reasons.

- Industrial Light and Magic (ILM) chose Python because it would be much faster to integrate into their existing infrastructure.

- 21% of Facebook’s codebase infrastructure is in Python.

- The founders of Google had made the decision early on to use “Python where we can, C++ where we must.”

- Spotify prefers Python because of its unparalleled data analysis capabilities as well as its backend services.

- Like Spotify, Netflix also is a proponent of Python for its data analysis prowess. Since the company allows its developers to choose which language to code in, they have noticed a sudden surge in the number of Python applications.

This is just a small sample of top tier companies relying on Python to power their services, because in a world where technology is advancing faster than ever, having a simple, sustainable, reliable coding language becomes the clear choice.

It’s safe to assume that Python’s gain in popularity will continue in the foreseeable future thanks to its wide spectrum of applications as well as its moderate learning curve. Companies big and small across all industries are embracing this technology in order to boost their development capabilities and ensure their future scalability and sustainability.

If you are wondering whether Python is a good fit for your next project, contact us, and we will work with you through your requirements and help you understand the best way to move forward.